Working day-to-day in the real estate market here in Alberta I meet with and talk with a lot of different people. I find the conversation often steers to them wanting to know what I think about the market. As we are actively engaging into 1,2,3 and sometimes 5 year real estate deals with AshtonFisher.ca and R2OCanada.com we need to stay updated and in-the-know to create the best outcome for our clients.

Now when people ask me about the market I always give two answers. The first answer is always this.

Nobody really knows for sure what is going to happen in the future. Market projections are opinions.

But they can be educated opinions, backed up by facts and trends. Always remember that nobody really knows what the future holds. If you ever hear someone saying they know where the market is headed for sure, run for the hills. They are a liar. That being said there below are some summaries of facts from reliable resources that you can develop your own market opinions from.

When looking at the market, it’s wise to look at the big picture. I try and balance overviews of what is happening with

In summary after all this research I’ve done for you, I’m seeing that we (the Alberta market) have found the bottom and are on our way back. If you live and/or work here I think you may see proof all around us of the same. The housing market can have a 12-18 month lag from the people and the economy and as the housing prices are roughly stable from last year (fluctuating in micro zones) the economy and people are recovering and I believe the housing market is not far behind.

Below I’ve put notes down in point form from the charts, articles and data linked through-out so you can have a quick browse or dig deeper for yourself.

“With many large oil sands projects moving from construction to production, oil production is expected to grow by over 300,000 barrels per day (bpd) in 2017-18.” http://finance.alberta.ca/aboutalberta/economic-trends/2017/2017-08-economic-trends.pdf

“Alberta’s economy is more than just back on its feet, it’s about to run faster than any other region in Canada.” “You really are seeing more consistent growth which I think is better from a national perspective,” said Michael Dolega at Toronto-Dominion Bank.” http://www.edmontonjournal.com/from+worst+first+alberta+reclaims+lead+canadian+growth+survey/13931461/story.html

There are $234 Billion dollars allocated for major projects in Alberta with only 82.7 Billion active. This tells us there are 151.3 Billion dollars of projects coming down the pipe. http://majorprojects.alberta.ca

Alberta is the youngest province in Canada with an average age of 36.3. http://www.albertacanada.com/files/albertacanada/SP-EH_highlightsABEconomyPresentation.pdf

In 2016, Alberta’s population grew by 73,200 or 1.8 per cent – the highest provincial rate of increase. http://www.albertacanada.com/files/albertacanada/SP-EH_highlightsABEconomyPresentation.pdf

“Canadian employment increased by a modest 10,900 in July, the eighth consecutive monthly increase. The increase was primarily due to gains in Ontario (+25,500) and Manitoba (+4,800). Year-over-year, Canadian employment grew by 387,600, the largest gain since November 2007.”http://www.finance.alberta.ca/aboutalberta/labour-market-notes/2017/2017-08-labour-market-notes.pdf

Employment is up and unemployment is down. http://www.statcan.gc.ca/tables-tableaux/sum-som/l01/cst01/lfss01c-eng.htm

Personal spending is up. Recreation, health/personal care, clothing/foot wear, and shelter is up. It is down in transportation and home furnishings but the average is rising. http://www.statcan.gc.ca/tables-tableaux/sum-som/l01/cst01/cpis01j-eng.htm

Year over year there has been generally flat prices, flat sales and rising inventory. Strong for buyers, stable for sellers. http://creastats.crea.ca/area/

Young outnumber old in Alberta. This translates into a growing demand for millennial housing. http://edmontonjournal.com/news/local-news/as-canada-goes-grey-young-outnumber-old-in-alberta

Edmonton, September 5, 2017: Month over month, unit sales volume was flat or down across all categories, which is typical for the month of August. Average prices for residential properties in the Edmonton Census Metropolitan Area (CMA) in August 2017 were down 2.66% compared to July 2017, but were up 0.78% relative to August 2016. http://www.ereb.com/News&Events/LatestMarketStatistics.html

I hope you have learned something and seen the optimistic trends I see happening in our province. There is money flowing and for you to take advantage of these trends you need to TAKE ACTION NOW!

Previous StorySpending Habits Of The Poor vs. The Rich
Next StoryAshton Fisher’s TOP TEN Sales Tips 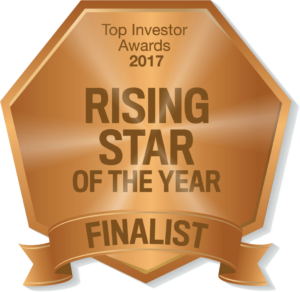 We are action takers. Are YOU?!

Our newsletter is where it all happens!

Come watch REAL real estate action better than HGTV and actually get a chance to make some REAL cash with us.

Leave your name and email  address to get exclusive access!